As the confusion remains over the pump price of petrol after Friday’s withdrawal of a purported price template for March by the Petroleum Products Pricing Regulatory Agency (PPPRA), there have been renewed interest in the state of the nation’s refineries.

The Federal Government is proposing to sell or concession no fewer than 36 of its properties to raise funds to finance the 2021 budget. Top among these properties are the three refineries in Kaduna, Warri and Port Harcourt, Abuja Environmental Protection Board (AEPB), Abuja International Conference Centre (ICC), Transmission Company of Nigeria (TCN), Abuja Water Board, Nigerian Film Corporation, Tafawa Balewa Square, among others.

There are, however, different sale strategies for the properties. While some are ‘core investor sales’, a few others are for ‘share sales’. Some are for ‘concessioning’ and others for ‘full or partial commercialisation’. Some properties have been enlisted to be sold to a ‘willing buyer’.

WHILE the proposal to sell assets is not new in Nigeria, having been mooted several times, the ability of the Federal Government to effectively implement the process amid issues of transparency and accountability remain part of hurdles yet to be surmounted in the proposed sale of dead assets.

For instance, the Port Harcourt Refining Company (PHRC), identified for possible sale is scheduled to undergo another round of turnaround maintenance (TAM) in April, despite not producing anything. So, why spend on TAM again and when is it going to be put up for sale?

The Nigerian National Petroleum Corporation, NNPC, had last month, said it was able to cut down losses by 53 per cent in the first 10 months of 2020, due to none production in the nation’s four refineries, according to data obtained from its October 2020 Monthly Financial and Operations Report, MFOR.

With new private refineries underway, the future of State-owned refineries remains bleak having accounted for high deficit in NNPC’s operations. A good reason to sell, perhaps!

While privatization has worked mostly in the telecommunications sector, according to the World Bank, history shows that privatization in Nigeria “reflects some of the problems which have beset many other development processes: lack of political commitment, poor design, insufficient resources, weak management, and corruption”.

Already, the Lagos Chamber of Commerce and Industry (LCCI) has confirmed Nigeria’s many missing target dates for privatisation, attributing such misses to gross underestimation of the challenges of privatization.

LCCI Director-General, Dr, Muda Yusuf noted that privatisation processes are typically very slow, painstaking and most often take more than a year to consummate the transactions, due to laborious documentation and processes, red tape, legal issues, country risk issues, funding as well as the challenge of labour issues and agitations because of perceived risks to jobs.

Further, the value of assets to be sold remains a concern vis a vis the country’s budget deficit, considering the impact it might have in meeting government’s financial needs now and in the future.

Though many of the assets hold little value, selling them is believed would help government reduce its liabilities and exposure to recurrent expenditure from such assets, even as the Nigerian Estate Surveyors and Valuers (NIESV) mandates the Federal Government to ensure proper valuation of the assets before going ahead to sell them.

NIESV President, Sir Emma Wike said there is nothing wrong about selling the assets, if due process is followed. He said there should be proper valuation of those properties by professionals who are expected to carry out enumeration, and assessment of the properties.

According to the LCCI, most of the assets proposed for sale, constitute a huge financial burden to government and the economy, as most have little economic or social value to justify their continued retention by government.

There are also worries about the need to restructure the Bureau of Public Enterprises (BPE) to look beyond sale of assets to the management of assets.

Indeed, the BPE is charged with the overall responsibility of implementing the Nigerian policy on privatisation and commercialisation. Stakeholders however believe that its mandate should transcend privatisation but taking cue from other countries that have set up a National Wealth Fund (NWF) to maximize portfolio value through development, restructuring and monetization of individual assets.

Two years ago, the Director General of the privatisation agency, Alex Okoh, said 52 out of 142 (37%) of privatised public enterprises from 2004 were non-performing.

The Nigerian National Assembly had on 12 February, 2020 said it was “worried that the BPE has not lived up to expectation by the slow pace with which it handles the privatization process and the delay is resulting into loss of investments which would have helped to improve the economic profile of the country” and said that the bureau is known to be “evasive about the process whenever inquiries are made to it”.

“The extent to which the BPE has completed the privatization process with respect to those public enterprises has not been ascertained as the Bureau is evasive about the process whenever inquiries are made to it,” said parliament. It, therefore, resolved to mandate the Committee on Privatization and Commercialization to liaise with the Bureau of Public Enterprises towards speeding up the privatization process and report back within six weeks for further legislative action.

Professor of Petroleum Economics and Policy Research, Omowumi Iledare, acknowledged that a good way to fund the budget is to sell treasury bonds and not borrow money denominated in dollars, but stopped at recommending the sale of assets like the refinery to fund the budget.

“I would have suggested that they divest their assets in joint ventures because at the end, they will still be getting taxes. They will get royalty and also get equity. That would be my preferred option than selling assets.

“I don’t know the people that are responsible for selling the assets. Even if they have to sell which I don’t support, it has to be through competitive bidding and some people should be excluded from bidding, especially if they have been in government. Selling to fund federal budget is an issue”, he added.

LCCI boss, Yusuf added that assets with little economic or social value to justify their continued retention by government are better sold, even at concessionary rates.

With oil prices experiencing a rebound, both Yusuf and Iledare noted that oil price increase is not sustainable, as it is totally dependent of global economies, adding that the best way is to continue with the budget as it is and take the excess in the sales of crude oil to repay borrowed money.

“Some have become fertile platforms for corruption. Most of the assets constitute needless burden to the government and the citizens.  Some of the real estate properties have become a sanctuary for criminals”, Yusuf added.

To improve BPE efficiency, Yusuf argued for the decoupling of the entity from mainstream bureaucracy, saying that the BPE can do the job of privatising government assets if an appropriate structure is put in place to pave way for professional management of the privatization processes, while promoting a reasonable level of independence.

On his part, another economist, Dr Mathew Ojo, emphasised the need for transparency in the privatisation process, especially in the sale and utilisation of proceeds.

“It is not news that some of these assets are being maintained at a huge cost and that is the concern that has made many economists to ask why keep preserving all these assets when you are incurring losses on them. Every asset has its own value and when proper valuation is done on an asset, you will get the close or exact value of that asset and that we are maintaining those assets as they are is because we know that there is a lot of mismanagement in the country.

“No matter how you value and what you value, let it be transparent. That is when people can judge whether we are getting the true value for those assets, but if it is sold to political cronies and friends, sold to enrich people in power; that is where the country and the economy will not benefit from this process and that is the fear of some of us that the sale of these assets if they are not transparent enough, will end up not yielding the purpose for which many economists have argued,” he added.
Speaking on the issues, founder and Principal Partner at Nextier, Patrick Okigbo noted that it is not late for the country to sell or concession the nation’s refineries,

Former Chairman of the Society of Petroleum Engineers, Joseph Nwakwue, said it was better to hold a minority equity of 49 per cent while 51 per cent should be sold to core investor group that would have technical and financial capacity to revamp and run the refineries.

“That to me will address the concerns of both proponents of resource nationalism and free markets,” Nwakwue insisted. According to him, there is no hope that a Nigerian state owned entity could operate any commercial venture successfully. He said Nigeria’s state owned firms don’t have any record in profitably running commercial entities, adding, “the refineries can only be profitably run by private sector.”

Program Coordinator – Nigeria Natural Resource Charter, Tengi George-Ikoli noted that being a cost centre, which continues to take significant revenues from Nigeria’s coffers without providing commensurate benefits to the country, adopting a model that would make the country benefit from the assets instead of continually losing was necessary.

“The NNPC audit and monthly reports confirmed this as it reported the losses across the refineries,” Gorge-Okoli said while calling for a framework used in the running of the NLNG. She stressed the need to allow private ownership of the assets, but with a stake in the running to benefit from the effective commercial decisions that are taken.

“Any arrangement that allows Nigeria to earn rather than lose from retaining ownership and control of the refineries is long overdue,” she added. A Professor of Economics at the Babcock University, Segun Ajibola noted that the only option left for the government to stop the wastes and leakages that the refineries have constituted is to either fully privatise or sell them off altogether.
Ajibola said: “Refinery business should not be a loss-making business. And with the likes of Dangote refinery coming on board, the battle line for fierce competition is drawn. I would rather favour an outright sale of the local refineries to put them in a position where they can compete with other refineries locally and abroad.”

He disclosed that the expectations of the proponents of the establishment of local refineries in the 1970s included the refining of crude oil to finished petroleum products such as PMS, AGO, DPK, LPFO and their derivatives to meet local demand and for export.
To him, such expectations remained a mirage close to fifty years after, as the three major refineries have been bogged down by incessant breakdowns, inefficient and ineffective management, poor accountability among others.
“It will be the better if the Nigerian government completely takes its hands off the refinery business,” Ajibola said. 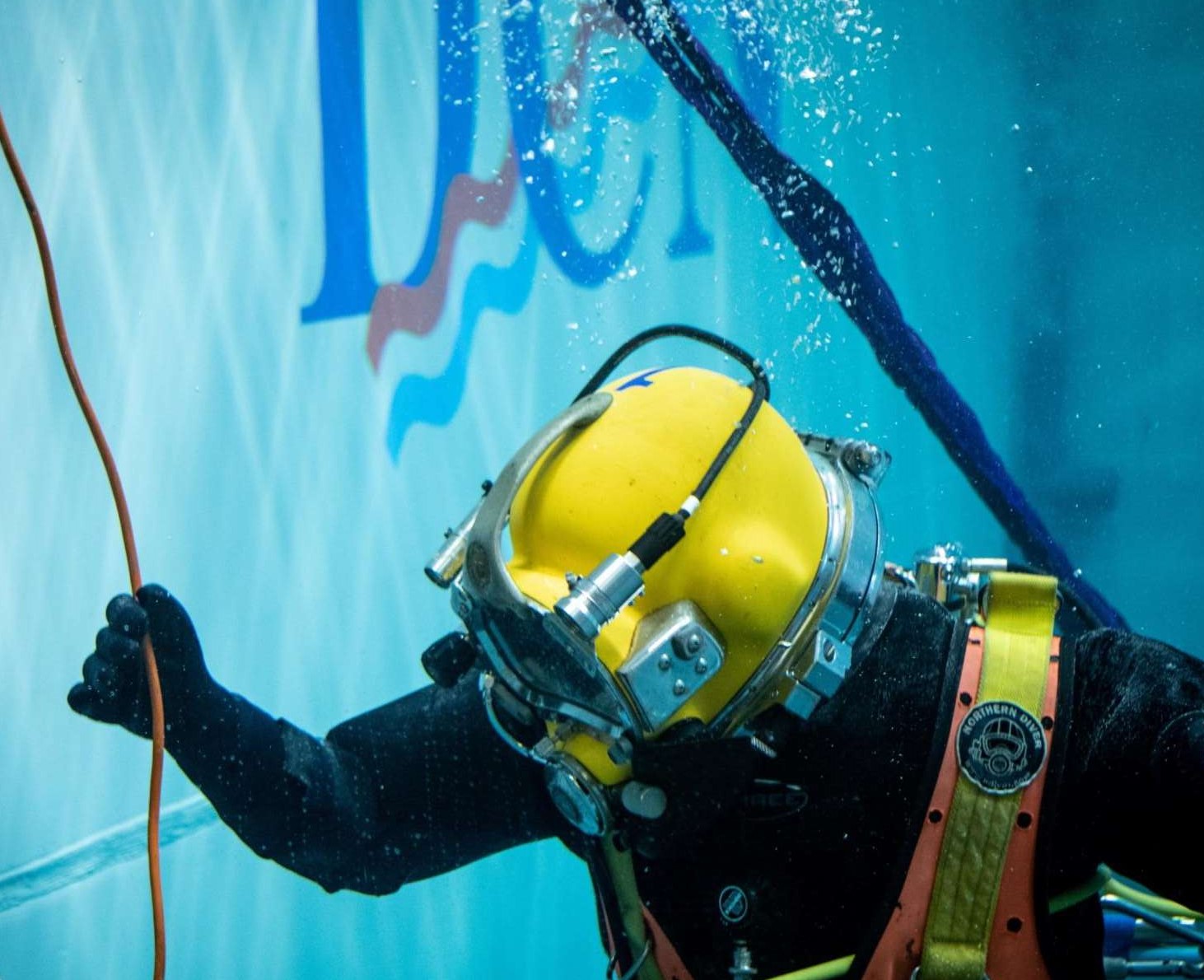